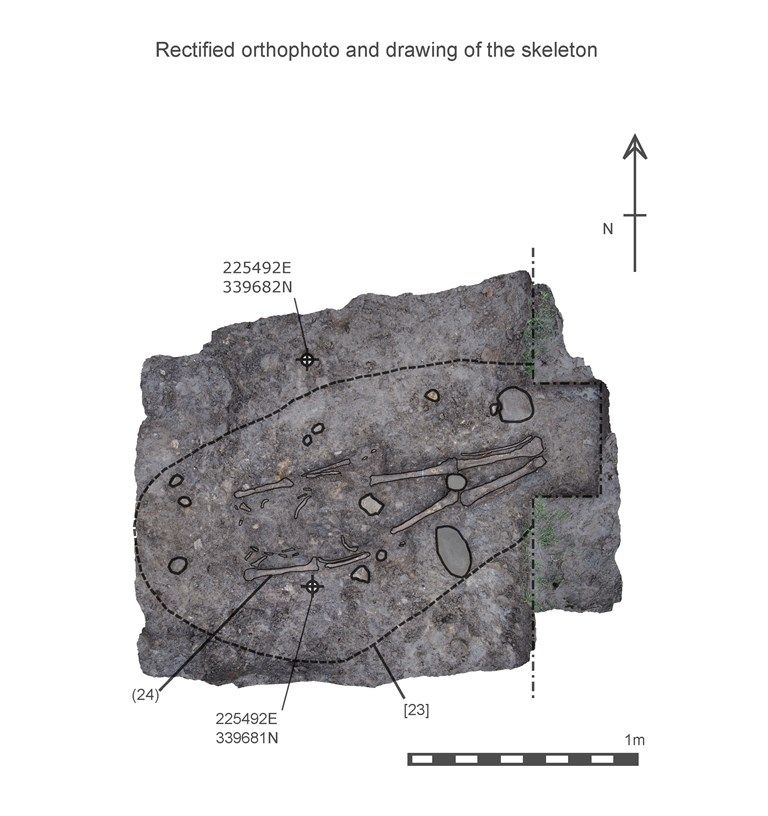 Cleenish Island: the Columbanus connection (and a medieval murder mystery).

In 2014 Ros led the first archaeological excavation to take place on Cleenish Island as part of Making Europe: Columbanus and his legacy to commemorate the fourteen hundredth anniversary of the death of this important Irish saint in Bobbio, Italy in AD 615. The early Christian landscape setting around the island monastery was surveyed and excavated in the hope of opening up a new chapter in the story of St Columbanus.Around the graveyard geophysics revealed a remarkable array of features consistent with an early Irish ecclesiastical site. Animal bone, an iron needle and iron knife blade were retrieved, and the skeleton of an adult male was also uncovered.

Buried in a supine position, feet to the east, osteoarchaeological analysis revealed that he died violently. Cut- and stab-marks on his ribs, right shoulder and neck suggest he was killed by multiple attackers and possibly even decapitated. A radiocarbon sample from this unfortunate man has returned a late 6th – early 7th-century date, raising the possibility that, if he did not know Columbanus personally, might he have known others who did? His death is a reminder that life in the land of saints and scholars was not always peaceful, and that raids on monasteries took place long before the arrival of the Vikings.