South west Fermanagh is well known for its major tourist attractions  including the Marble Arch Caves UNESCO Global Geopark and the National Trust at Florence Court House. However, between Cuilcagh Mountain and Cleenish Island there is an exceptional, yet often overlooked area rich in history, heritage and culture. In celebrating our natural, built, and cultural heritage in the wider landscape this unique project will connect the larger organisations to local communities and together go on a shared journey that will bring mutual benefits to local people and visitors alike, from the mountain-top to the shores of Upper Lough Erne.

Fermanagh and Omagh District Council is one of the 11 councils in Northern Ireland, established on 1st April 2015. It covers an area of 2,829km2 in the south west, approximately 20% of the land mass of Northern Ireland, stretching from Gortin to Rosslea and from Beragh to Belleek. The district is the largest, geographically, of the 11 council areas, however it has the smallest population with about 115,000 people.  The district is a place of outstanding natural beauty, with a unique mix of tranquil lake lands, heather clad mountains, ancient boglands, forest parks, historic towns and villages and a rich cultural heritage.

Outdoor Recreation Northern Ireland (ORNI) is a not for profit organisation with the vision of placing outdoor recreation at the heart of society. ORNI is a charity recognised by the charity commission for Northern Ireland (Reference No. NIC 102802). ORNI is the project lead and is accountable to the Heritage Lottery Fund and Fermanagh and Omagh District Council regarding all monitoring information, grant spend and for the full and successful delivery of the scheme.

The Marble Arch Caves UNESCO Global Geopark is managed by Fermanagh & Omagh District Council, more specifically within the Arts & Culture Department.  The UNESCO Global GeoPark encompasses lands from the northern shores of Lower Lough Erne in County Fermanagh to Lough Oughter in County Cavan encompassing and area of land 233km2 some of which will be utilised in the project delivery.

Killesher Community Development Association is a cross community group with a management committee drawn equally from both communities. The Association’s efforts focus on improving the quality of life of the local population of Killesher Parish by regenerating the area through the provision of social and physical services, infrastructural improvements and opportunities for economic development. KCDA is also an award winning rural social enterprise which converted the old corn mill on the Largeness River into the highly successful Tully Mill restaurant, holiday cottages  and community centre which are popular with both local people and tourists. KDCA is a charity recognised by the Charity Commission for Northern Ireland (Reference No. NIC 106660).

Cleenish Community Association provides a range of social, educational and recreational activities for people living within the Arney and Bellanaleck District that assist them improve their educational attainment, health and well being and quality of life by accessing services and activities that would not normally be made available to them. CCA is a charity recognised by the Charity Commission for Northern Ireland (Reference No. NIC 101194). 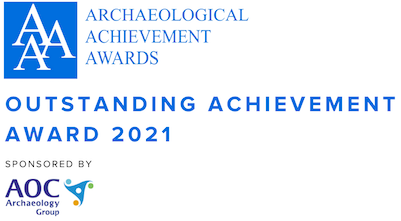 Treasure the Past: Enrich the Future

Case Study: Protocol for the Care of the Government Historic Estate